Southern Ring Nebula (NIRCam and MIRI Images Side by Side)

This scene was created by a white dwarf star — the remains of a star like our Sun after it shed its outer layers and stopped burning fuel though nuclear fusion. Those outer layers now form the ejected shells all along this view.

In the Near-Infrared Camera (NIRCam) image, the white dwarf appears to the lower left of the bright, central star, partially hidden by a diffraction spike. The same star appears — but brighter, larger, and redder — in the Mid-Infrared Instrument (MIRI) image. This white dwarf star is cloaked in thick layers of dust, which make it appear larger.

The brighter star in both images hasn’t yet shed its layers. It closely orbits the dimmer white dwarf, helping to distribute what it’s ejected.

Over thousands of years and before it became a white dwarf, the star periodically ejected mass — the visible shells of material. As if on repeat, it contracted, heated up — and then, unable to push out more material, pulsated. Stellar material was sent in all directions — like a rotating sprinkler — and provided the ingredients for this asymmetrical landscape.

Today, the white dwarf is heating up the gas in the inner regions — which appear blue at left and red at right. Both stars are lighting up the outer regions, shown in orange and blue, respectively.

The images look very different because NIRCam and MIRI collect different wavelengths of light. NIRCam observes near-infrared light, which is closer to the visible wavelengths our eyes detect. MIRI goes farther into the infrared, picking up mid-infrared wavelengths. The second star more clearly appears in the MIRI image, because this instrument can see the gleaming dust around it, bringing it more clearly into view.

The stars — and their layers of light — steal more attention in the NIRCam image, while dust pl 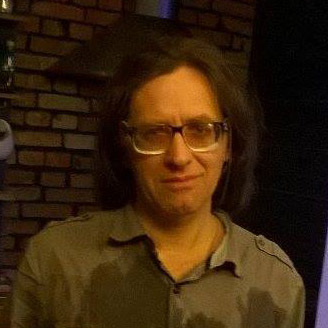